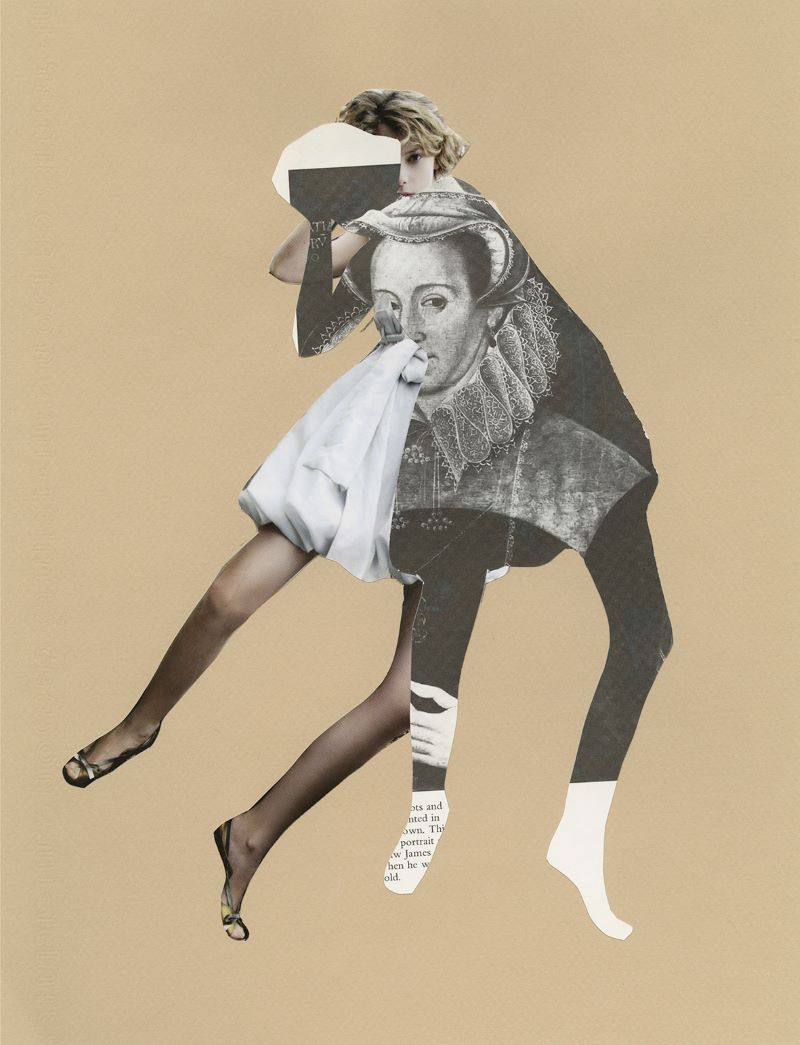 HELEN GORY | Walking North Out of the Shadow

Walking North Out of the Shadow is a series of collages playing with the space between — between shadow and light, between image and perception, between intolerance and acceptance, between power and empowerment.

Created using fashion magazines and vintage history journals, the works set the insidiousness of the fashion industry — a modern form of female enslavement — as a metaphor for the downtrodden, abused and overlooked alongside the oppressiveness of structures of power. The materiality of the work — hand cut, hand glued collage — reflects the labour of women, of people of colour, through history, the invisible labour done in the shadows that props up the structures of power.