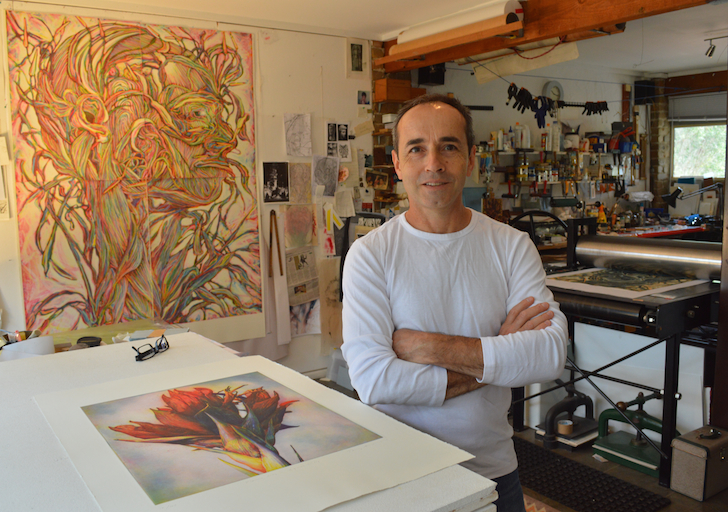 Tony Ameneiro (born 1959 London, UK arrived Australia 1968) is an Australian contemporary visual artist whose work focuses around his drawing and printmaking practice. Known for his figurative work that often centres around references to art history, botany and landscape, Ameneiro works primarily in printmaking, etching, lithography, monotyping, painting, drawing. Ameneiro was the winner of the 2007 Fremantle Print Award. He has been twice selected as commissioned print-artist for the Print Council of Australia. He has also been a three-time finalist in the Dobell Prize in 2003, 2006 and 2012.